The human brain thinks in pictures and mental maps which helps us to visualise ideas, concepts and enhance memory and learning.  Like the maps our forefathers use to navigate the oceans and discovery new lands, mental maps help us to think out of the box.

The human mind learns and orientates itself by forming mental maps of familiar places and situations. Similar to a physical map, these mental maps not only shows the perception of the maker, they form landscapes in their own rights.

Looking at a map can teach us more with our eyes in an hour than we can learn from our ears in an entire day.  This valuable insight was expressed in 1605 by the cartographer Thomas Fuller. By looking at a historical map, you will get an idea of how strongly a particular image of the world can determine people’s thoughts and actions.

For many thousands of years, most Europeans believe that the world was flat and therefore had no idea of the real position of the continents and the oceans in relation to one another. This conviction imposed considerable limitations on how far seafarers were willing to travel. It obviously hindered any endeavours for discovery.

This was because people believed that they would fall off the edge of the Earth if they traveled far enough. They had a limited idea of the vast expanse of the oceans and the lands beyond the horizon.  Before sea adventurers could venture into new lands and uncharted seas, a new picture of the earth had to be thought of. Once this gained gradual acceptance, the speed with which exploration took place took off.

Bit by bit, mile by nautical mile, the whole world gradually opened up to explorers and discoverers. If the Genoese seafarer Christopher Columbus (1451 to 1506) had not had the audacity and vision to imagine that the earth might be round, and that new land might be discovered by sailing westwards,  sea exploration might have been held back by decades or centuries.

Later generations of Europeans would have held on to the erroneous opinions that Asia was on the eastern part of the world and could therefore only be reached by crossing the eastern oceans.

In our modern work life, we often use many expressions that show the significance  of visual pointers for human action.  For example, when your company has embarked on a marketing plan, you might say that you can see what is wrong with our marketing strategy and decide on the next course of action.

Quite often, it is very difficult to organise an action without having a mental picture of the result you wish to achieve.  For example, if you have a problem, the solution to that problem comes easier if you can visualise it.

Then the human mind will devise a map to find solution or routes to solve the problem or work around the problem. Similarly, mentalists who to achieve great feats of memory recall use mental maps to train their memory and improve their memory techniques.

Students have also been trained to use mental maps to improve memory, their  study  skills and accelerate their learning. They do this by breaking down course structure down to subjects, down to topics and down to detailed concepts or formulas, much like the a map of a city or town.

Basically, the human mind thinks in pictures and having such mental paths help anyone from a busy executive, managers or marketing people to plan new campaign or product  strategies.

The paths make it easy to link a seemingly unrelated concepts or ideas  to a bold new strategy or package an old product  into something new using fresh ideas.

With such mental maps, you use your ability to retrace paths in the human brain and to store maps to your memory in a manner much more easier than you think.

Discover More From Around The Web

Scientists have put a human mind gene into monkeys. Have they crossed the line?

books, photos, music and far more on Burma from the Britain-Burma Society
Welcome to Planet Burma
12.95 $ 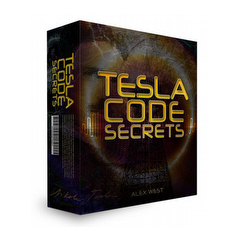 How to stop your hair loss and strengthen, restore thinning hair naturally.
Hair loss no more
29.95 $ 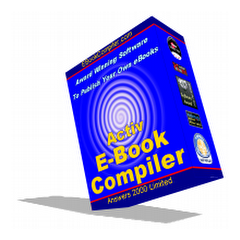